The Arts Desk 2012
Clear diction means that every syllable tells, and she’s a convincing actress, able to sound vampish, bored, seductive and upper class as each song demands.

Classical Iconoclast 2012
Melinda Hughes is classically trained but she’s made a name as a composer, lyricist and performer of radical, modern cabaret…. Hughes delivers the lines with a cut glass accent so arch that sometimes she deliberately sings up a tone, so it feels like the cut glass is cracking…. Savagely trenchant… Get Melinda Hughes’s CD now to prepare, because it’s very good.

Midwest Records 2011
An intimate/nearly claustrophobic performance with cynicism and bite, this is tailor made for the opened ears looking for some really wild, new kick. Hughes could sing the phone book, she’s that good and the material is just as cool a find. Performance art at it’s populist best.

Jonathan Woolf, Music Web International 2011
Hughes can turn operatic when the occasion demands it, as it does once or twice – she’s a trained opera singer, so it’s easy for her – but scales her voice finely for these intimate songs, inflecting with knowing hauteur. Texts of the non-English songs are included. I enjoyed this then-and-now project a lot. I think the group would be fun to see in concert.

L’Express, 10th December 2006 NEUCHÂTEL, Switzerland, Madame Butterfly, Diva Opera
Melinda Hughes is fully incarnate as Cio-cio-san…..After having seen her on stage, it is impossible to imagine any other artist in this role. She is Butterfly. She passes from anger to forgiveness; presented initially in the sumptuous rigour of her kimono, an impeccable chignon and a soft and subjected capacity, only to become haggard, rebellious and ecstatic through her insane glances and violent gestures. She is always faithful always regal and always true. Her cruel destiny strengthened by the force of Puccini tragic writing, a marriage of art unequalled.

Beethoven, Leonore: Chelsea Opera Group www.musicweb.uk.net
The Marzelline was soprano Melinda Hughes, who projected the young girl’s hopes completely believably. Throughout in fact Hughes’ clear tone, excellent pitching and nimble way with lines implied a singer with considerably more experience than her biography would suggest. I believe we will be hearing more of this young lady.

Sunday Telegraph 18 Jul 2004 – Longborough Festival, Madama Butterfly
The greatest, noblest and most tragic of Puccini’s crushed heroines was portrayed with dignity and poignancy by Melinda Hughes. She had vocal power in the big climaxes and sustained the emotional impact of Act II without faltering. She also brought subtle control of dynamics to her singing of the text, which she delivered with expressive understanding. Any listener lacking knowledge of a word of Italian would have known what she was singing about in her farewell to her child.
Michael Kennedy

Oxford Times Friday 9th July 2004: Longborough Festival, Madama Butterfly
…As Butterfly, the supple Melinda Hughes is quite brilliant. Not only does she sing with a telling compound of freshness and power, she maps Butterfly’s decline from that first moment of symbolic glory through the subtlest body and facial signals….
Derek Jole

The Hartford Courant, Connecticut, USA Feb 2003, Madame Butterfly, London City Opera
…soprano Melinda Hughes, whose shining voice had both delicacy and power, and whose slender grace made her a convincing Butterfly……The company… has a first-rate soprano in Hughes, who sang beautifully from the first act’s love duet through the second act’s longing aria “Un bel dì” (“One Fine Day”) and the agonized finale in which she stabs herself in a ritual suicide.
Jon Lender

The Times Newspaper 15th May 2001 La Traviata, Theatre Royal, Brighton
Violetta’s destruction was vividly conveyed by Miss Hughes, who sang Dite alla giovine with immense pathos… this became an impressive performance, really sung and acted through and getting to the heart of Violetta.
Robert Thicknesse 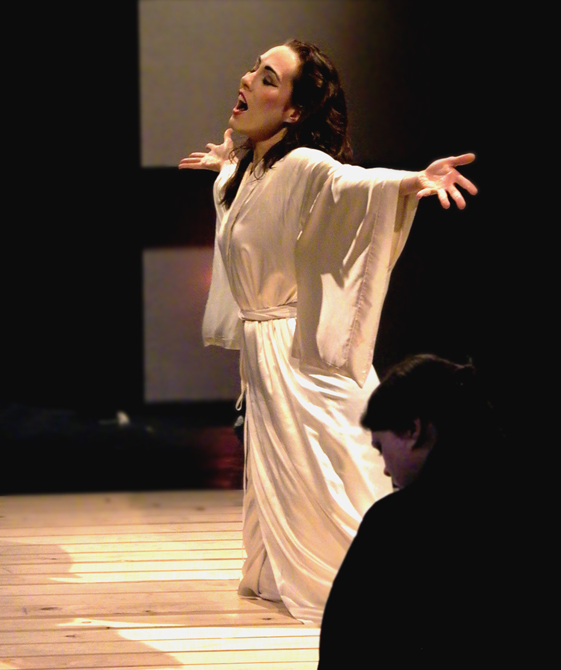 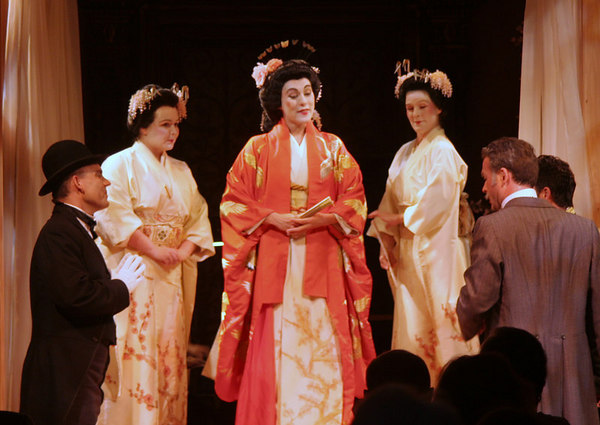 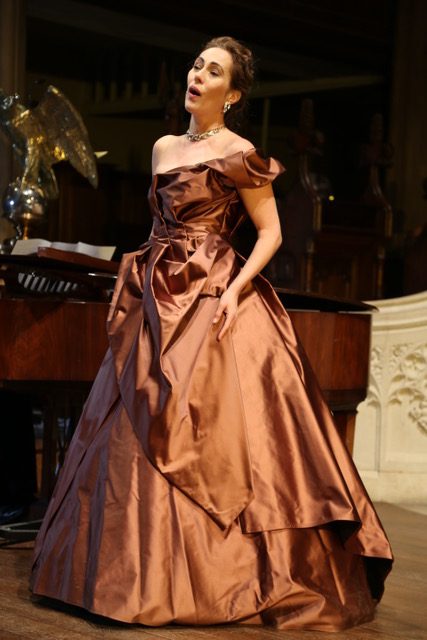 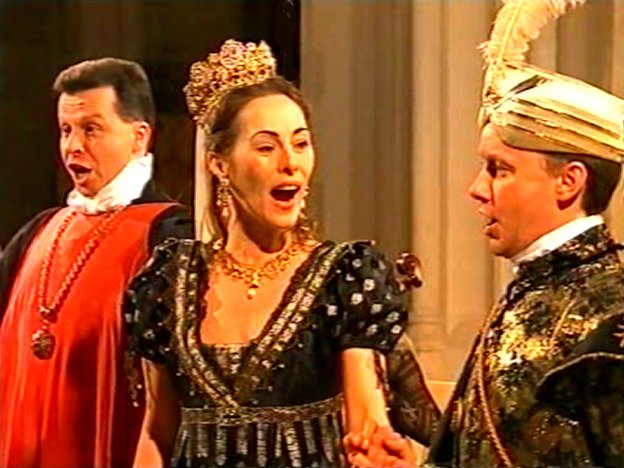 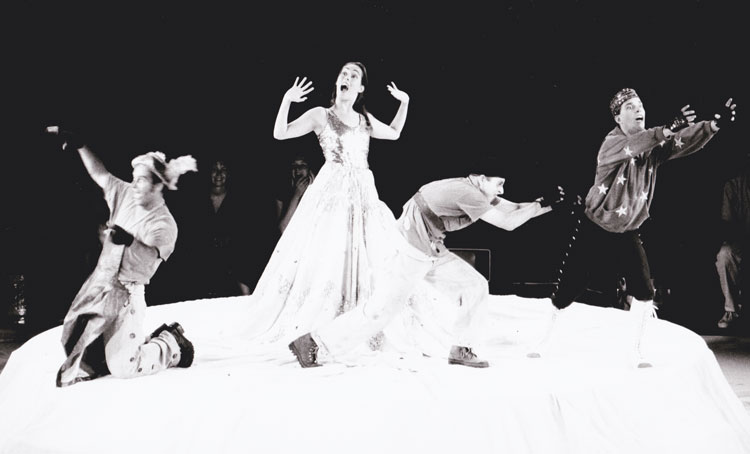 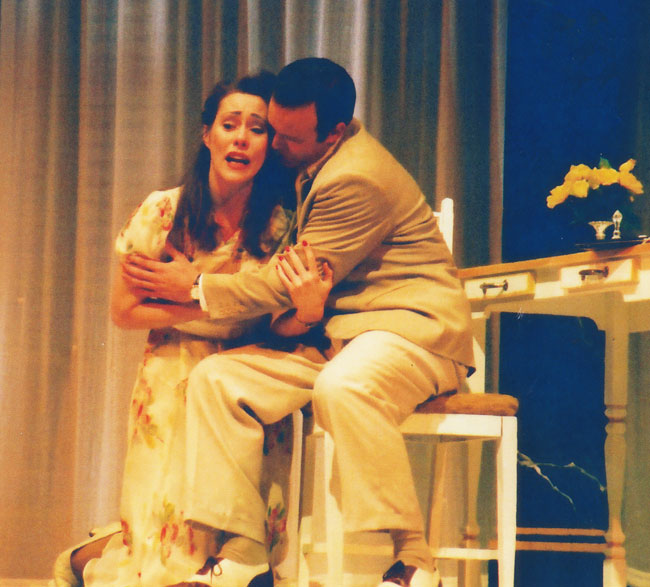 You have Successfully Subscribed!

Melinda Hughes will use the information you provide on this form to contact you with updates and news via email.

You can change your mind at any time by clicking the unsubscribe link in the footer of any email you receive from Melinda. By submitting this form you agree that Melinda may process your information in accordance with these terms.

Melinda uses MailChimp as her marketing platform. By clicking to subscribe, you acknowledge that your information will be transferred to MailChimp for processing. Learn more about MailChimp's privacy practices here.